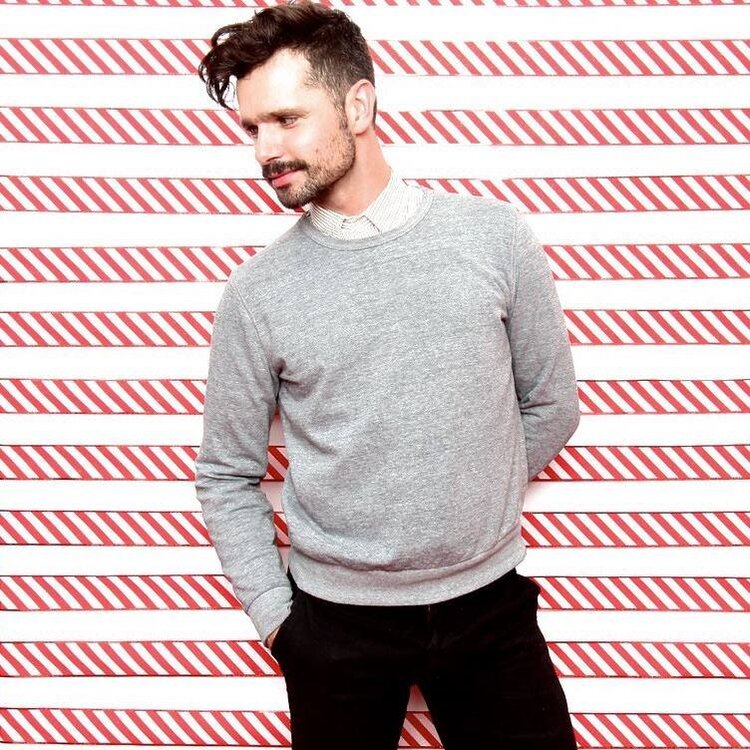 I first met Robb Sapp in 2003 when he was in the original Off-Broadway musical Zanna, Don’t. When I saw him as “Tank,” I was immediately taken in by his superb acting and seductive vocals.

For years, I found myself limiting my life outside of the business to make myself available for the business. What I did not realize is that I was limiting the stock of personal life experiences that are essential to draw upon when realizing a character. I have made it a priority to put an emphasis on family, relationships and experiences so that my emotional life is full and ever-evolving.

My agents are incredibly supportive of this choice and I am so grateful for them. As a result, I have been able to expand my professional scope as an artist, director, teacher and business owner. I also bought a home, which is a pretty big change :)

2. This fall you are starring in one of my all time favorite shows at ACT of CT, Little Shop of Horrors. What made you want to audition for this show? I have always wanted play “Seymour” and have often had surprised faces looking back at me when I’ve said that it’s a role I have never played.

When I got the call to go in for this production, the prospect was a two-for-one treat. Getting to do a dream role while working with the wonderful group at ACT of CT would be checking two boxes on my wish list, so I was very excited when I got the offer!

3. You are playing "Seymour." What do you relate most to about him? “Seymour” is incredibly loyal and has a desire to nurture. I find those two qualities very relatable.

4. What is one characteristic of his you are glad you yourself do not possess? *** SPOILER ALERT *** Ummm….the ability to kill.

5. What will you bring to the role of "Seymour" that we have not seen in someone else's portrayal? I am still in the process of getting to know this character, but I am exploring some textures that go beyond the broader geeky and goofy characteristics that immediately come to mind.

My intention is to focus on the purity of his heart and desire to do what he thinks is the right thing—even though he ultimately does some really awful things to achieve that. Our director and choreographer, Jason Sparks, music director, Jason Yarcho, and our ridiculously talented cast have been so supportive of the discovery process. Everyone is bringing something so unique and exciting to this production!

6. One song that "Seymour" sings in the show is "Grow For Me," when he asks "Audrey II" to grow bigger. When has there been a time in your life when you wanted something to grow and it just wouldn't, but then after some push or prayer, things started to happen? Oooooohhhhh….good question! After I left WICKED and was starting to grow my business (dirty sugar— which is now 15 years old!), I was so torn because I felt I had to choose one career or the other. I really wrestled with the possibility of having to let one go and then realized that I could stick with "the business" and grow a business. And they could actually feed each other!

Through it all, my very catholic mother has always guided me toward prayer. And I have to say, it really works!

So, yes there has been push and prayer. Like Little Shop of Horrors, there has also been a lot of blood, sweat and tears.

7. When you sing "Skid Row (Downtown)", there is a line, "I keep asking God what I'm for and He tells me Gee, I'm not sure." Has there ever been a time when you asked God what you were for and if so, how did you get through that rough time? If I am answering this question honestly, I can’t say that I have ever felt without purpose. There have been times when the path hasn’t been clearly marked. The adventurist in me finds those moments thrilling because anything can be possible. That is not to say that those moments haven’t come without confusion, frustration and anguish at times.

When I was 19, I wanted to leave college to move to NYC and my parents were incredibly supportive while I talked (cried) it out for weeks. I really struggled with that one, because I just wasn’t sure where I was meant to be. I wanted to be in NYC auditioning so badly. The thought of having to wait three more years to finish school was agonizing. Ultimately, I chose to stay in school and I am so grateful that I did. I vividly remember my dad telling me that a degree is one of the things in life, one can earn, that can’t be taken away.

8. Since we met while you were in Zanna, Don't I have to bring that into the interview. If "Tank" from Zanna, Don't met "Seymour" from Little Shop of Horrors, how do you think their interaction would go? They are actually cut from a very similar cloth, although “Tank,” as far as we know, remained unmarred by the allure of fame and success. I picture it to be a pretty awkward interaction given their idiosyncrasies, but I like to think that they would talk about how they both found courage through love.

9. If you opened up your own "Little Shop of Horrors," what would you call it?

"Elphaba" or "Glinda”? “Elphaba”…even though the “Boq” in me would say “Galinda.”

Favorite go to Emoji when texting? 👍

Curtain Call: ACT brings ‘The Last Five Years’ to the stage with live and virtual performances

ACT of Connecticut Reopens This Fall with The Last Five Years

ACT of Connecticut Proves that Nothing Can Cancel Broadway or Community, Hundreds Attend ACT's Gala